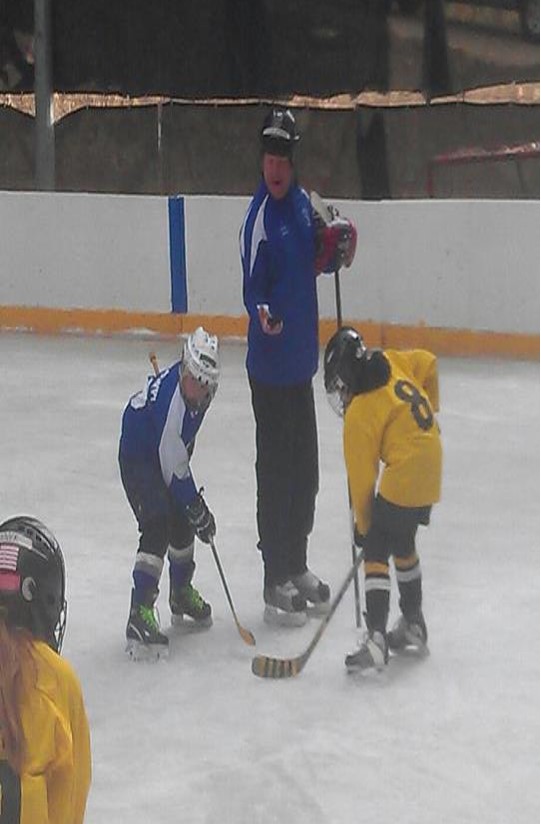 How has this player served their association and community, endured hardships either in athletics or life, battled adversity, or distinguished themselves from their peers to deserve this special opportunity?

Kai has maintained an amazing, positive attitude through his development years and is really coming into his won as an athlete this year.  Through it all, I don't think I've had a kid who is more respectful and who has grown more from year 1 to year 2 in Squirts.
-Tim Connors 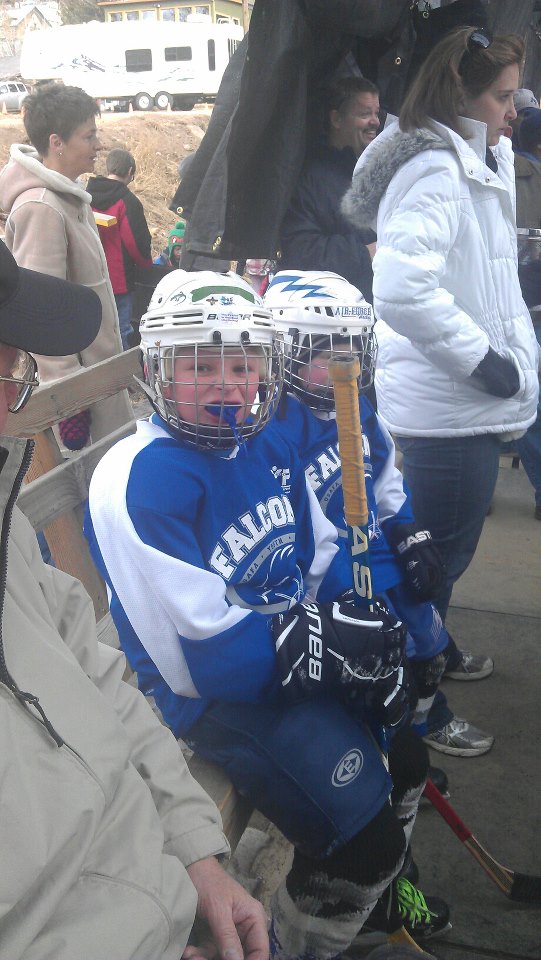 Why do you play hockey?

I play hockey because it’s a good sport to know and it’s a lot of fun.  I like being part of a team.  My entire family enjoys hockey so it’s cool that we can get all 3 generations out to games and enjoying an afternoon together.

When did you start playing hockey?

I started playing hockey at age 5 as a mini mite for the United States Air Force Academy Youth Hockey Program.

Who is your favorite player and why?

Gabriel Landeskog is my favorite player.  He’s the Captain of the Avalanche and the youngest Captain in NHL history.  I hope to someday be an example like that to my team.

What has hockey changed in your life?

Hockey is a good way to have fun and stay healthy.  My weekends are jam packed with hockey and that helps keep me active.

What personal accomplishments and battles have you had to face?

Recently I became a big brother.  I got to go to the doctor’s appointment when we found out if he was a boy or a girl.  I was so excited!  I thought of all the fun we’d have playing together.   I can’t wait to teach him the game of hockey.  Having a little brother is not quite the way I thought it would be-he’s not ready to play hockey yet, he cries a lot, and he likes to be the center of attention.

What is your best hockey memory?

I’ve had many great memories.  My best recent memory is my first goal of this season.  I’m now a second year squirt.  We had a really tough season last year-we didn’t win a single game.   So this season has been an amazing change.  We’re winning and playing as a team.  I was playing right wing for this particular game.  It was an away game for us.  During the second period I was in the right place to get a rebound off the goalie’s pads and scored.  It was awesome! 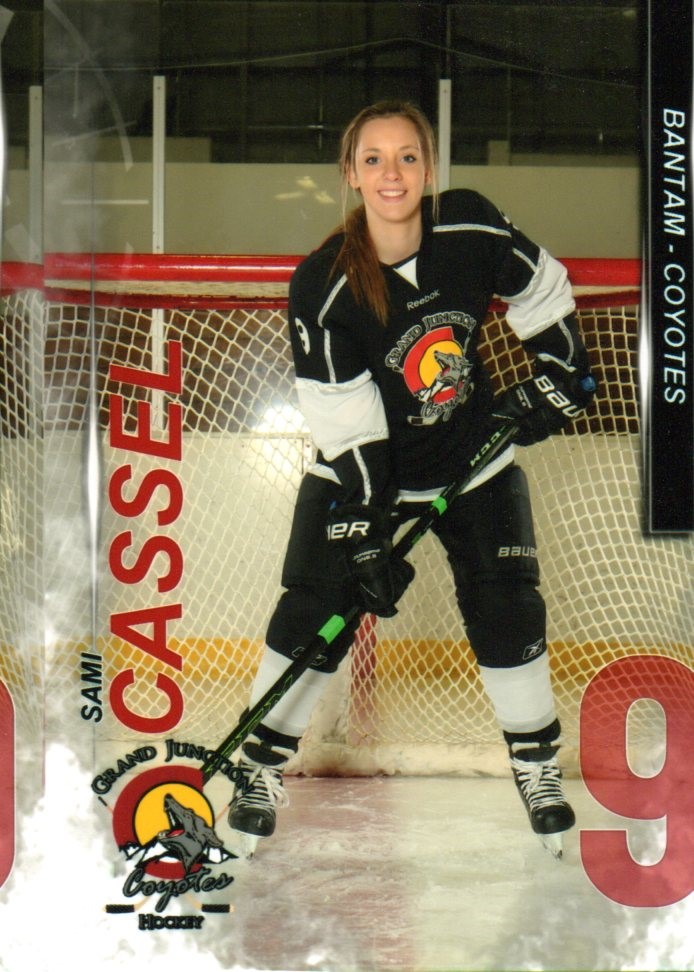 How has this player served their association and community, endured hardships either in athletics or life, battled adversity, or distinguished themselves from their peers to deserve this special opportunity?

Sami is a player with a great amount of passion for the game.  Last season Sami went through a period of time where she was unable to play due to a medical condition that has since been corrected.  During her absence from the ice, Sami and her family continued to commute from Delta to Grand Junction to attended team practices and games.  Including many games that were located in different mountain towns across the State.  Sami always brings a smile and positive energy to the rink.  She has all the tools to be successful at whatever she puts her mind and energy into (including playing goalie this season)! 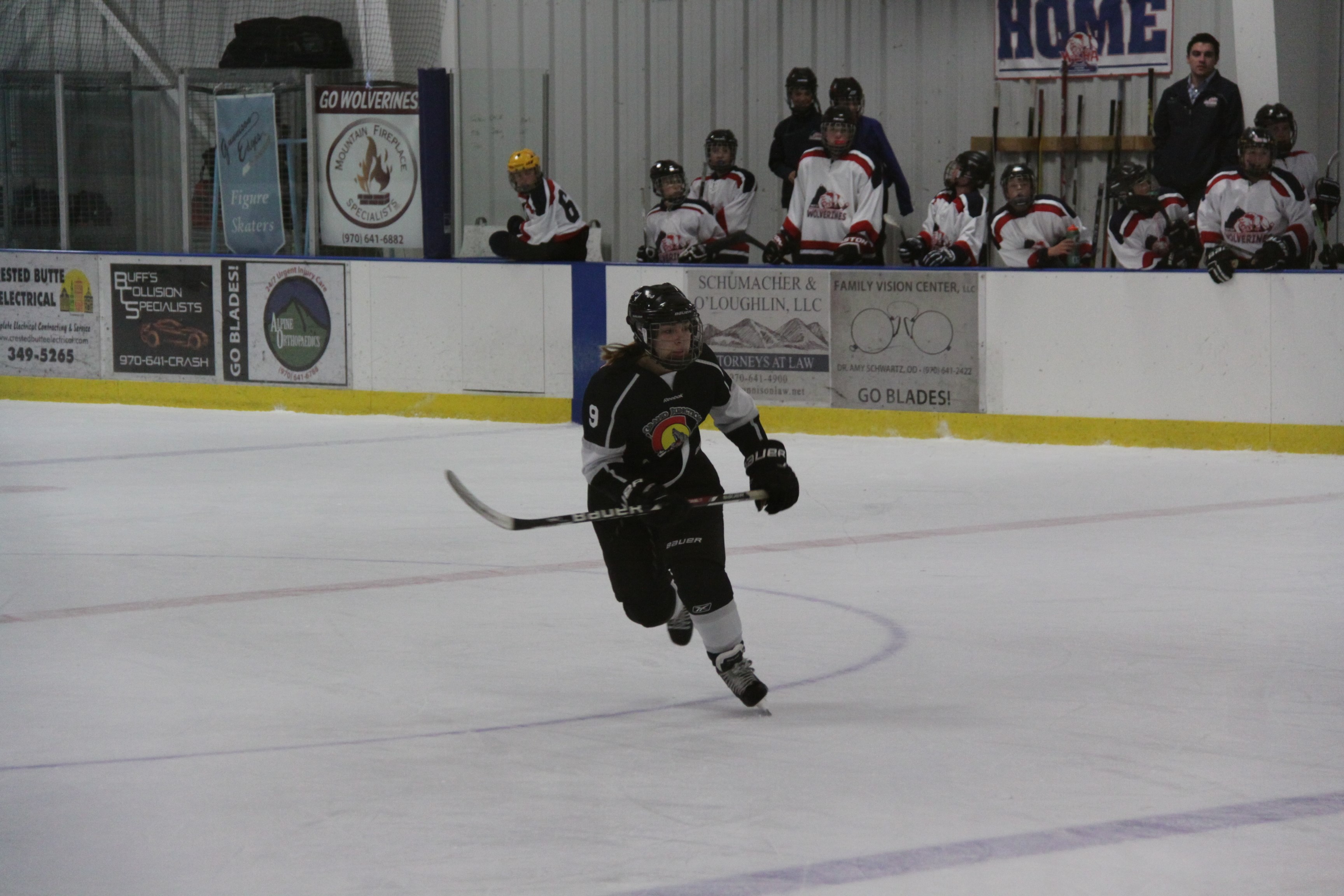 Why do you play hockey?
I play hockey because I absolutely love the game.

When did you start playing hockey?
I’ve been playing for 3 years.

Who is your favorite player and why?
My favorite player is Nathan MacKinnon because he is truly inspiring.  Joining the league at age 18 and playing so well is amazing. But I also really like Tyson Barrie because he can play defense like no other. Matt Duchene is also one of my favorite players because he has overcome adversity and I can relate to that.

What has hockey changed in your life?
Hockey has taught me a lot of things.  It has taught me how to persevere through lots of adversity and how to be humble when we win or be a good sport when we lose.  It has taught me to be positive and know that I can always get better and that just depends on how hard I try.  It has also taught that being a good teammate is more than just helping out on the ice… my team is my extended family.

What personal accomplishments and battles have you had to face?
There have been several battles in the last few years and hockey has helped me stay focused on something positive and overcome these battles.  The first one was the loss of my grandpa.  The second one was working hard enough to make the boys competitive team and to take the ice against boys that are bigger than me.  The third one was having two kidney surgeries.

What is your best hockey memory?

My best hockey memory was when I got to stand on the blue line, right next to Nathan MacKinnon.

The Colorado Avalanche Youth Skater program for the 2016-17 season is available to Colorado youth hockey players at the squirt through bantam level. Each Youth Skater will be reserved for players who distinguished themselves from their peers and deserve the opportunity because they serve their association and community, have endured hardships either in athletics or life, those that battle adversity, or inspire those around them.
At each Colorado Avalanche home game we will recognize one youth as the Avalanche Youth Skater. This program allows associations the ability to provide a player with a once in a lifetime experience by following the Colorado Avalanche onto the ice just before the puck drops! Teams and Associations may nominate more than one deserving skater. Please be conscious that they will be skating amongst the Colorado Avalanche players so proper skating ability is required. A personalized Avalanche jersey and team socks will be provided for the selected skater.

Nominations for the upcoming season are now open.