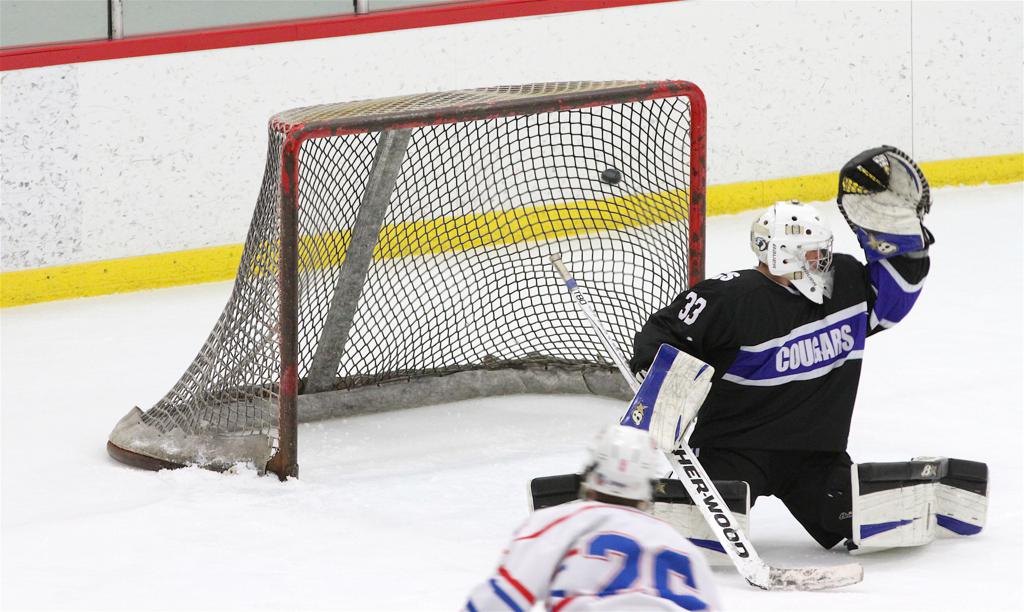 #26 Sam Harris with the rare five on three short handed snipe to seal the deal and give the Cherry Creek Bruins a 5-2 victory over the Resurrection Christian Cougars on Saturday. 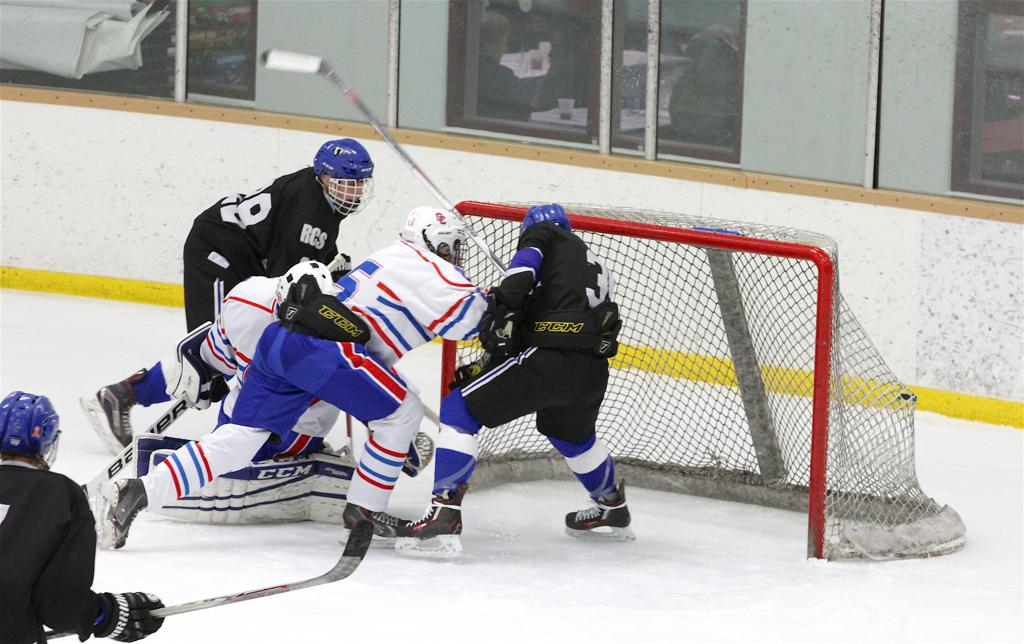 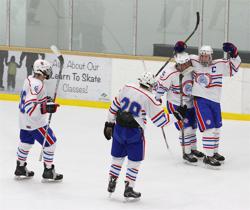 The Cherry Creek Bruins hosted the Resurrection Christian Cougars at Family Sports on Saturday in an early season matchup of top ten CHSAA teams.  Both teams were looking to remain amongst the leaders of their respective conferences and stay within striking distance of the top spot.

The Cougars and their fans braved the snow and cold to make their way to south Denver, and they had every intention of stealing one away from the home team.  Resurrection came out determined and seemed to have Creek on its heals, as #29 Parker Allen (2G) scored two power play goals within just minutes of each other to give Resurrection a 2-0 lead after the first period.

Resurrection would have a golden opportunity to extend their lead at the beginning of the second, when Cherry Creek goalie #1 Kyle Englert would be forced to the bench with an equipment issue during a two-man advantage for the Cougars.  Backup goaltender #30 Dylan Romanow came in cold off the bench in relief for three minutes to kill off the penalties and give the Bruins the spark they would need.

From there, the second period would belong to the Bruins as #22 Brandon Cyrus (2G) would take matters into his own hands by mimicking Allen's first period antics.  Cyrus would knot things up after he scored two goals less than two minutes apart to send the game into the third period tied a 2-2.

The Bruins would ride the momentum into the third, scoring the only three goals of the period.  #21 Danny Taggart (1G, 1A), #23 Henry Raabe (1G, 1A), and #26 Sam Harris (1G, 2A) put the finishing touches on the comeback, as Creek would score five unanswered goals to give the host team a 5-2 victory. 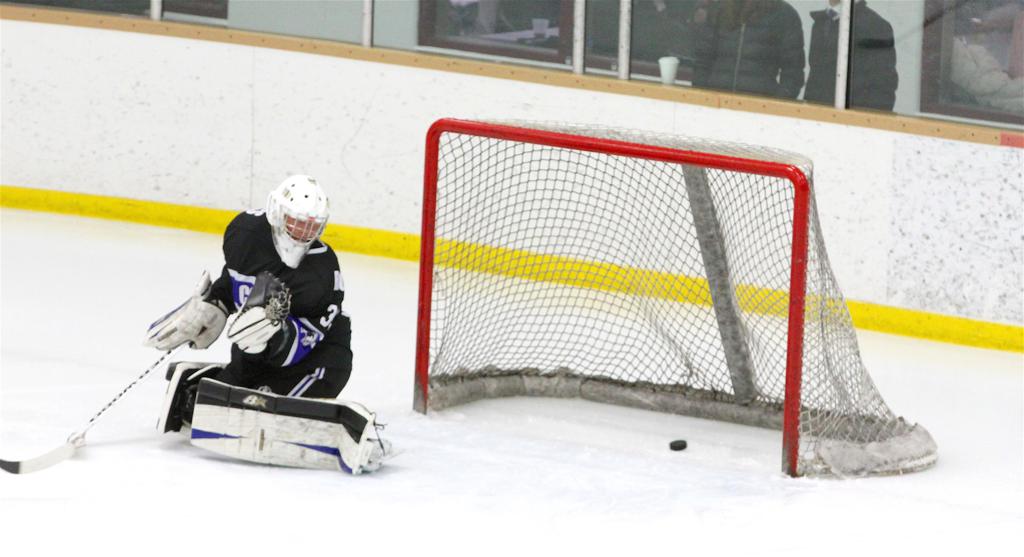 #22 Brandon Cyrus scores the first of his two goals to put the Bruins on the board and close the gap to 2-1.

The Cougars Defenseman is tied for the team lead in points with six and is second on the team in goals with three, all of which came on a hat trick in the first game of the season versus Pine Creek. 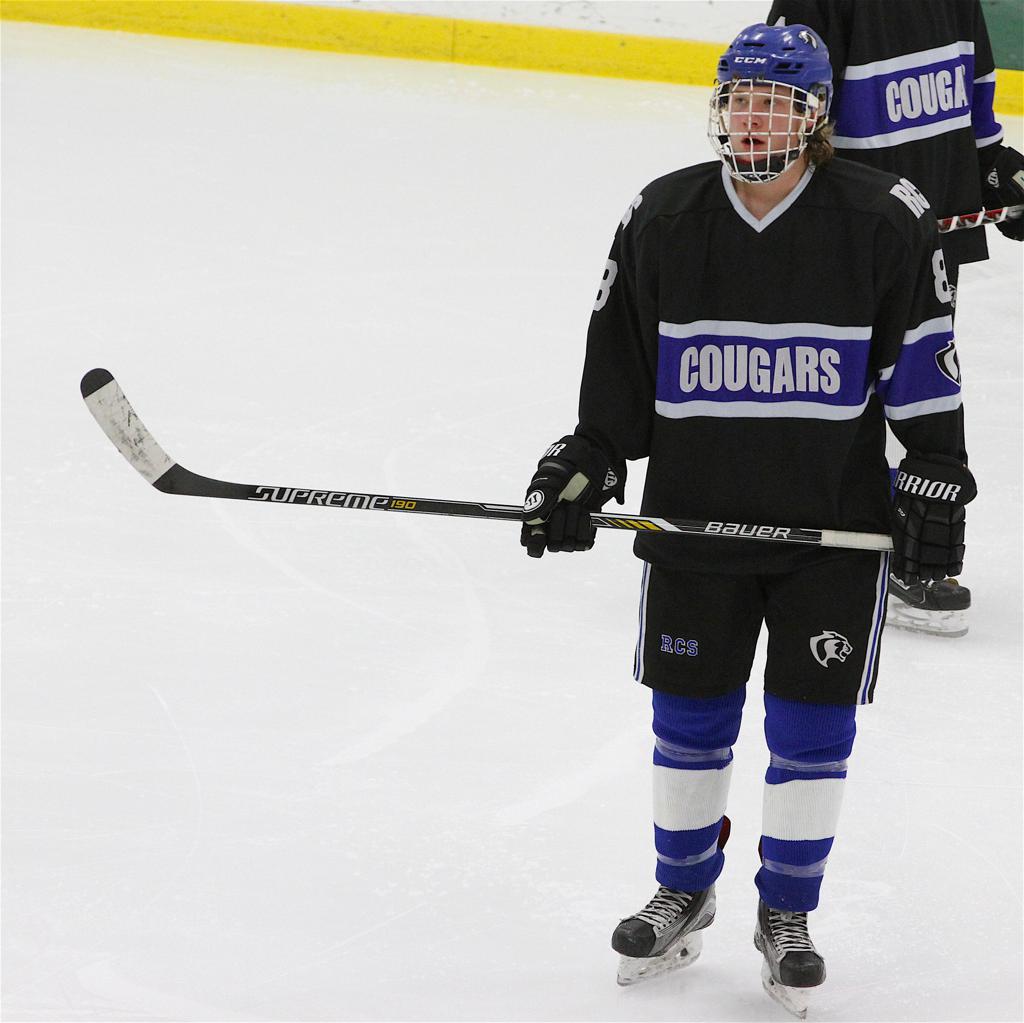 The Captain is leading by example this season.  Sam is second on the team with 11 points and leads the Bruins in goals scored with six, including a three point performance against Resurrection. 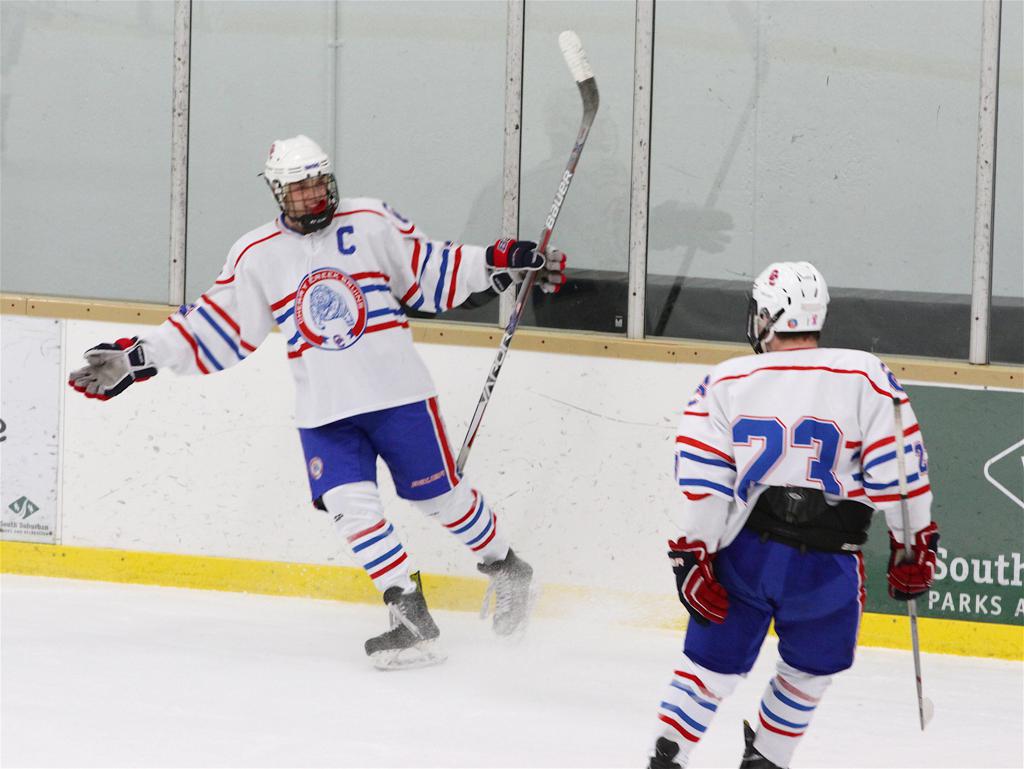