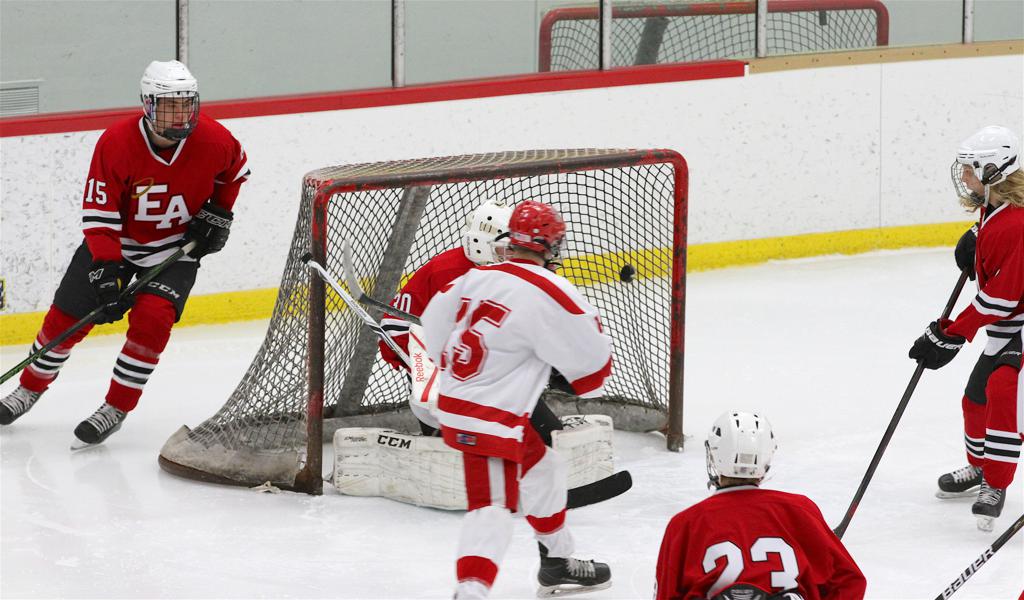 #15 Shane Ott scores the second of his two goals early in the third period to give his Regis Jesuit Raiders a 7-0 lead. They would cruise to a 9-0 shutout win over Denver East. 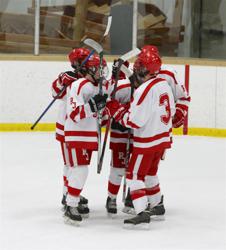 The defending Colorado state hockey champion Regis Jesuit Raiders looked to continue their dominant play as they took on the Denver East Angles in another CHSAA top ten matchup on Saturday.  The Raiders have  been brilliant in defense of their title to start the season and they have shown no signs of stopping.

"We've got a good group of seniors that are returning that are solid contributors, but we have really got a great group of Sophomores and Juniors that have stepped in and provided leadership with their play" said Regis Jesuit Head Coach Dan Woodley.  "It's sort of leadership by committee in the locker room right now, we're not relying on one person to speak or one person to set the tone, we just have a lot of guys who are setting the tone and it's really working for us."

Setting the tone is exactly how the Raiders approached their contest against the Angles on Saturday night, scoring four goals in the first period to blow the game wide open.  Wyatt Verity (2G, 2A) and Jordan Perez (2G) each scored the first of their two goals to provide Regis with a spark and give them a 4-0 lead heading into the first break.

The second period would bring on more of the same for Denver East, as Junior Shane Ott (2G, 2A) would continue his spectacular early season play with the first of his two goals to extend the Raiders lead to 6-0 after two periods.  Ott's two scores give him the team lead in goals with nine and teammate Wyatt Verity's two place him in second with eight.  "Shane Ott, Wyatt Verity, and Dylan Kelly have been the biggest surprise for us so far this season" said Coach Woodley.  "Shane Ott is probably one of the best Juniors in the state right now."

The Raiders third period would fall right into line with what Coach Woodley had to say about his team.  Ott, Perez, and Verity would all score their second goals of the game to give Regis a convincing 9-0 win over Denver East.  Regis Jesuit's Dylan Kelly (4A) has an uncanny knack for finding teammates in scoring position.  With his four assists, Kelly was able to extend his team lead in points to 15.

Regis is proving to the rest of the Colorado high school hockey community that they are going to be tough to dethrone this season.  After six games they have outscored opponents 40 to six and have outshot them 230 to 71.  However, after the new year, 11 of their final 12 games remaining are against teams in the current CHSAA top ten.  Are the Raiders for real?  Will they repeat as champions?  Once again, only time will tell. 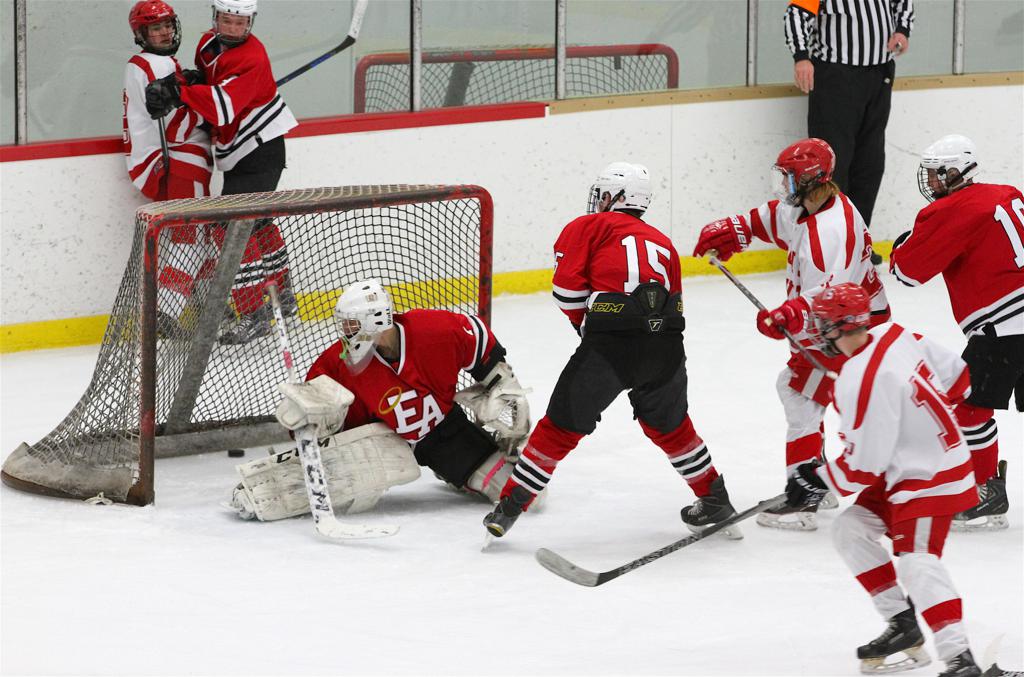 #21 Wyatt Verity scores the first of his two goals to give Regis a 3-0 lead in the first period. They would go on to defeat Denver East 9-0.

Dylan has an unbelievable nose for the puck and an amazing ability to find teammates with scoring opportunities.  His 15 points leads the team and his 12 assists is five more than anyone else on the Raiders. 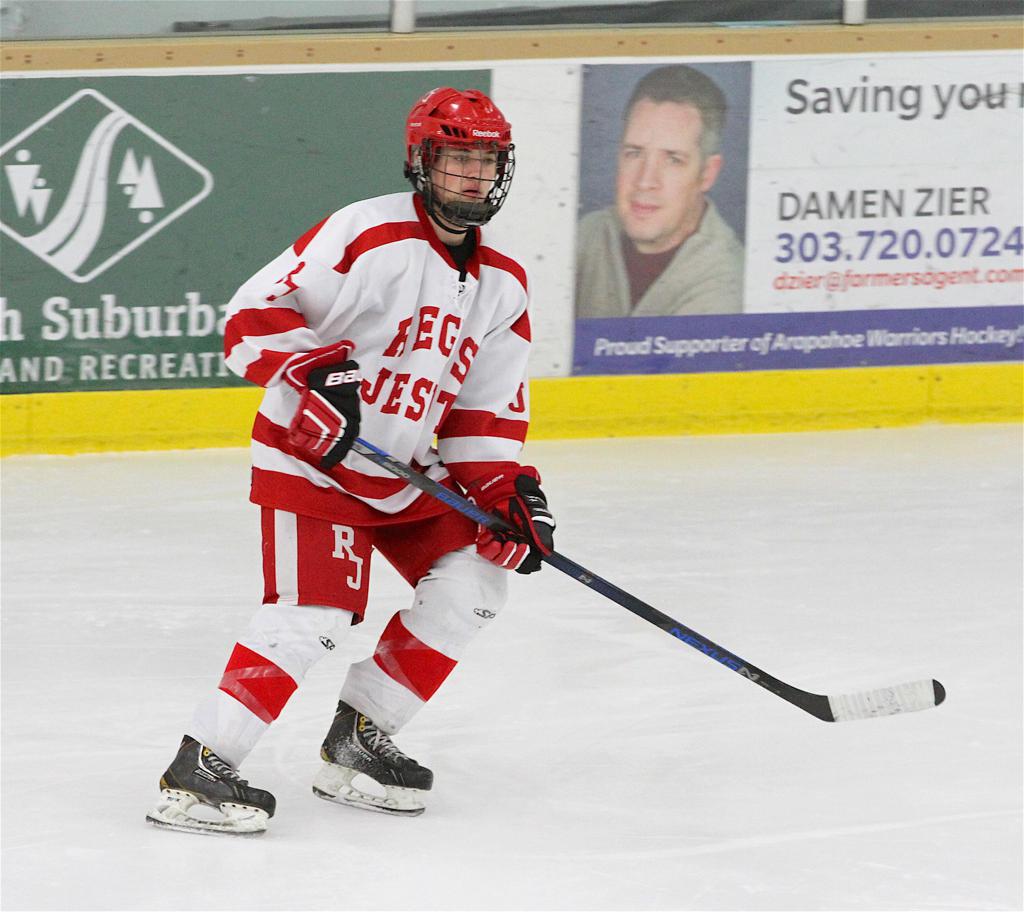 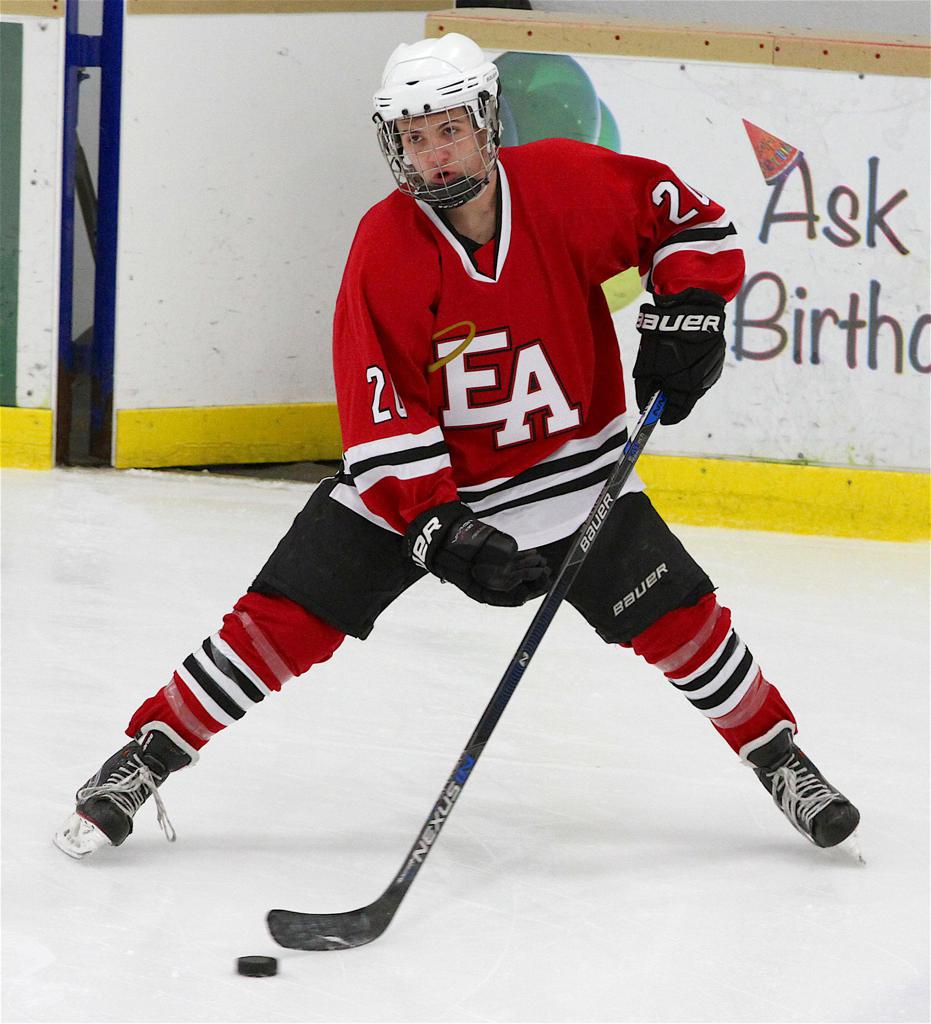