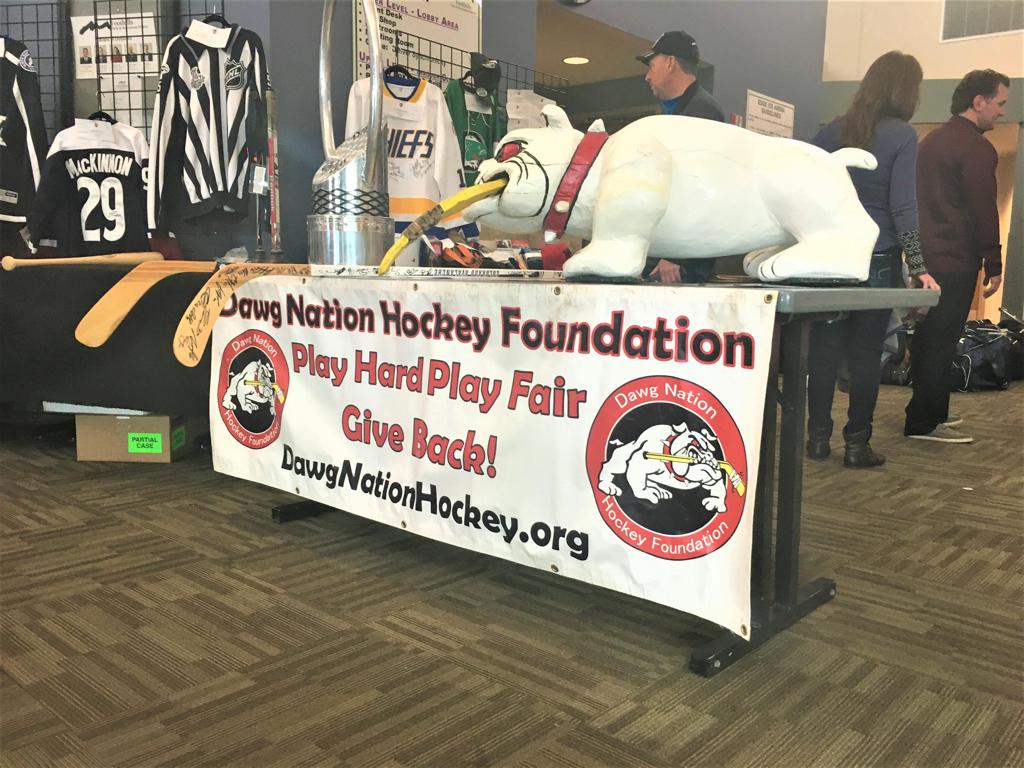 The Dawg Nation Hockey Foundation put on it's seventh annual Dawg Bowl Tournament this weekend at the Edge to help rasise money and bring awareness to those in need. 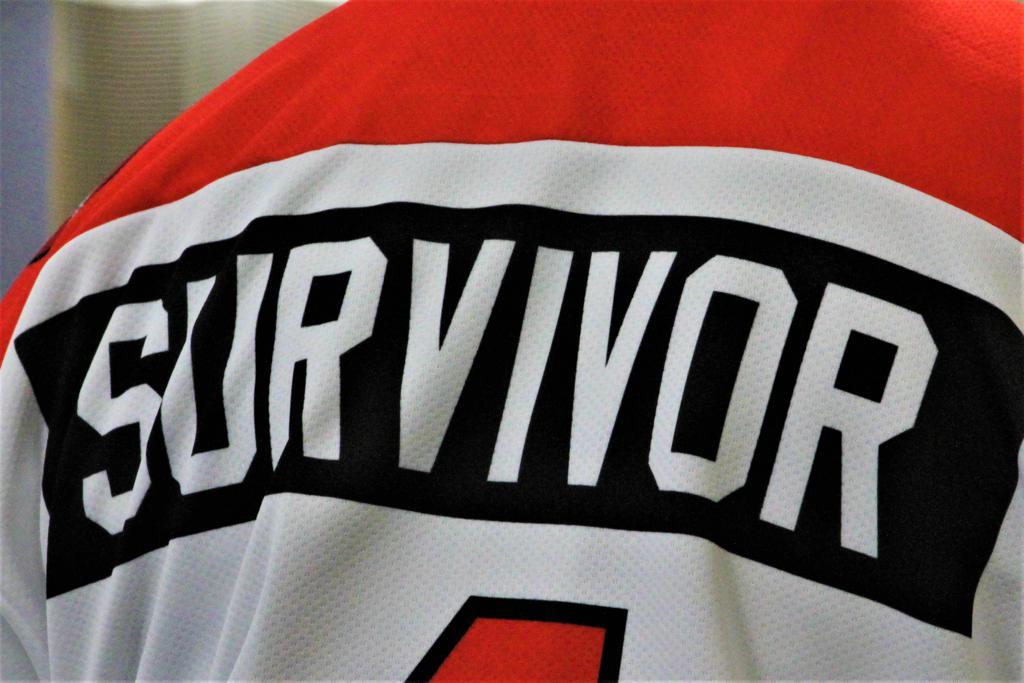 The Survivor game features players who have persevered over their battles with illness and serious injury. 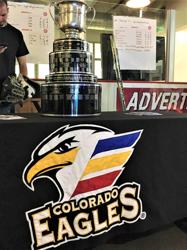 The Kelly Cup, courtesy of your 2017 ECHL Champion Colorado Eagles

For years now, the Dawg Nation Hockey Foundation has been providing assistance for members of hockey communities throughout Colorado and the Rocky Mountain region, as well as putting smiles on the faces of hundreds of recipients, participants, and spectators with their charitable work and big hearts.  Dawg Nation was at it again this past weekend, hosting their seventh annual Dawg Bowl at the Edge Ice Arena in Littleton, behind their motto and rally cry, "Play Hard, Play Fair, Give Back!"

Dawg Bowl VII is an adult hockey tournament that has grown to over 40 teams in seven different divisions that allows players from all different ages, skill levels, genders, and backgrounds to play the sport they love and provide opportunities for observers and themselves to give back to community members and their families that have faced life-altering challenges through this tremendous hockey experience.

Yes, there was a lot of star power playing at some of the higher levels, including NCAA Champions, former and current NHL stars, and amazing players from all over the world, but the real winners of the weekend were the recipients of Dawg Nation's generosity, the onlookers who got to see some really good hockey, and those who inspired us through their stories of perseverance.

Friday featured tournament games all day and the start of a fabulous silent auction with all sorts of signed paraphernalia, tickets to events, vacation packages, and other products and services that folks could bid on during the course of the weekend, with all proceeds going to the Dawg Nation fund to help those in need.

The memorable moment of Friday evening was a very emotional tribute to Rylie Guentensberger, the young girl who was critically injured on April 29th when a car crashed into the running shoe store where she and her mother were shopping.  Rylie passed away from her injuries on May 26, but her charisma and spirit were very much alive on Friday night, as friends, family, and community supporters gathered to pay homage to her and her family.  Rylie's father, Ziggy, has coached for the Littleton Hawks Hockey Association, and is the former general manager of the Ice Ranch in Littleton.  After saying a few words on behalf of their family, Ziggy and his wife Meghann,  were presented a check for $92,500.00 from Dawg Nation. 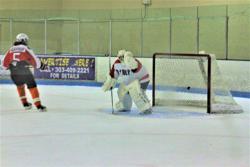 Members of the Survivor game participate in a late game shootout.

Saturday was another day of great hockey and moments of giving, highlighted by the Survivor game and sled hockey exhibition.  The Survivor game featured two teams comprised of players who had overcome illness or injury to triumph and return to the ice.  The game was played in recognition of Dave Repsher, the flight for life nurse who was involved in a crash in Summit County that left over 90% of his body severely burned.  Dave was on hand to drop the ceremonial first puck, and the teams wore jerseys with his nickname, "D-REP", on the front and "SURVIVOR" on the back.

That was followed up by an awesome sled hockey exhibition that featured some members of the 2017 National Champion Colorado Sled Hockey Association Avalanche team and Gold Medal winning USA Olympic sled hockey team.  It also gave a few members of the "Top Dawgs" Platinum squad (the premier level of competition) a chance to try their skills at sled hockey for the first time against some of the world's best.

Sunday brought an end to another wonderful weekend of giving and contributions.  A big stick tap goes out to all who participated in some form or another, but especially to the Dawg Nation Hockey Foundation for all it continues to do for our hockey communities here in Colorado.  After another successful weekend, Dawg Nation was able to raise around $110,000.00 to benefit those in need.  It truly epitomizes what a great hockey community we live and how fantastic this organization is.