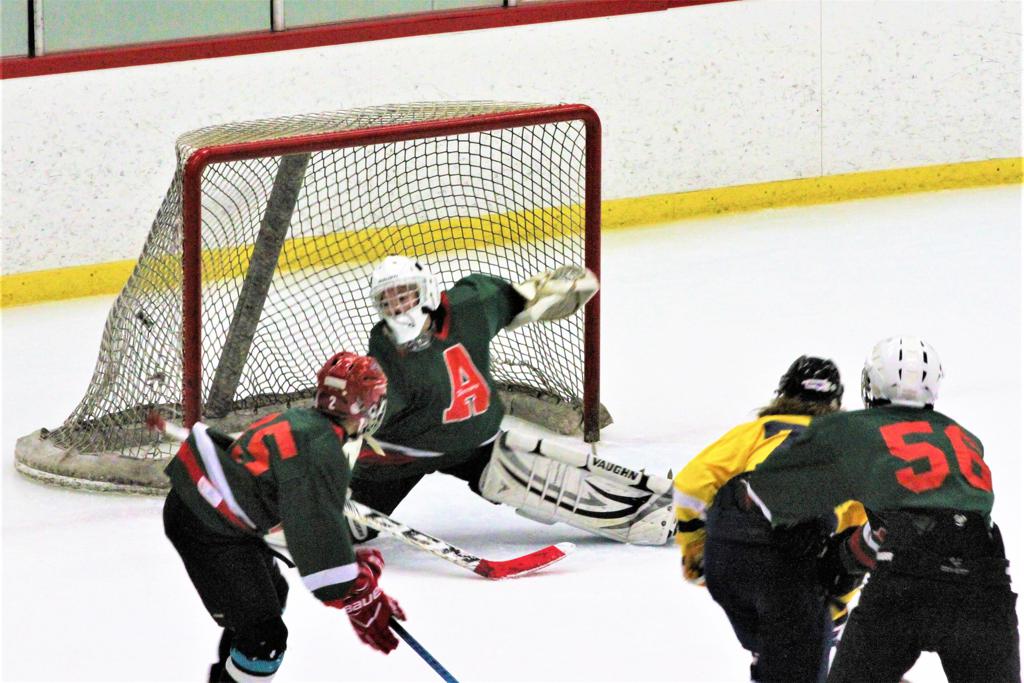 #74 Joshua Allison puts the exclimation point on a 6-4 victory with his second goal of the game for his AYHL HS Maize team over team Green on Saturday morning at Family Sports. 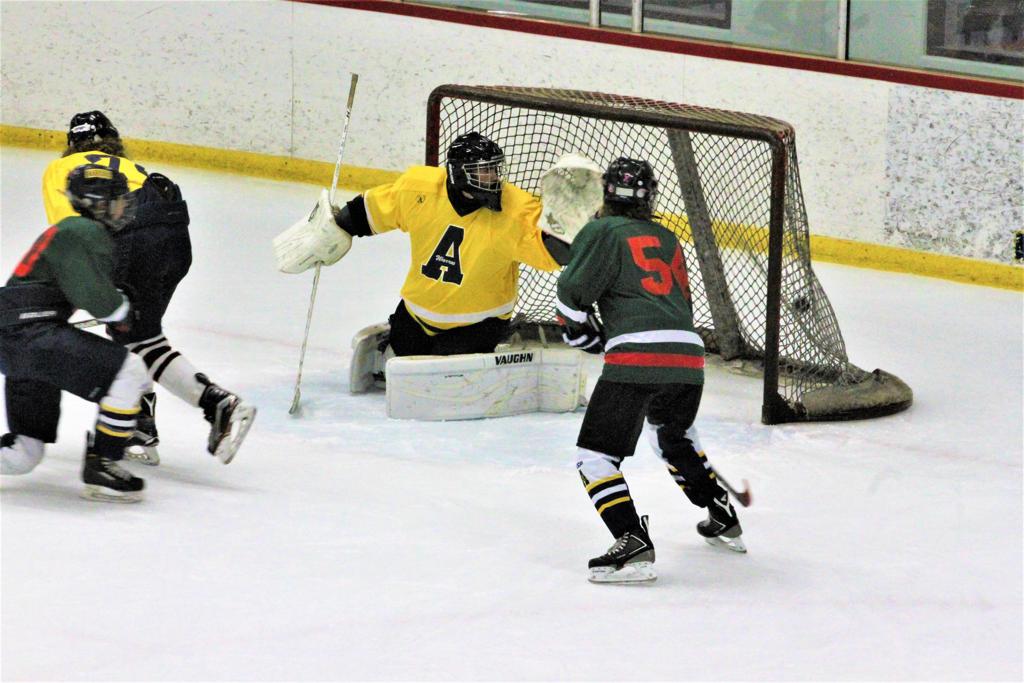 #50 Levi Gauerke (left) rips net on this shot to bring his Green team to within one goal at 4-3. 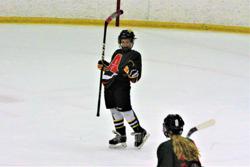 The AYHL Maize team looked to be in control early in their match up with the Green squad early on Saturday morning at Family Sports, but soon found themselves in a dog fight during a battle of top contenders in the Arapahoe High School Summer League.

Maize got things rolling right away and jumped out to a 3-0 lead after the first period.  Zackary Fechner (2G, 1A), Brayden Orlowski (1G, 1A), and Jack Gorjestani (1G, 1A) all scored in the first to give them the early advantage.

Green would not be discouraged by the deficit, and would mount a comeback over the next period and a half.  Jackson Mundell (2G) got the momentum back for the Green team by scoring two goals in the second, allowing his teammates to help out with two goals at the beginning of the third, capped off by Nathaniel Champeau's (1G, 1A) game tying goal to knot things up at 4-4.

It was not meant to be for the Green team, however, as Maize would pull away in the end with the last two goals to pull out the 6-4 victory.  Joshua Allison (2G) would close things out by scoring his second goal of the game for Maize in the win.

Jackson leads the entire AYHL High School Summer League in goals with 28, and points with 36. 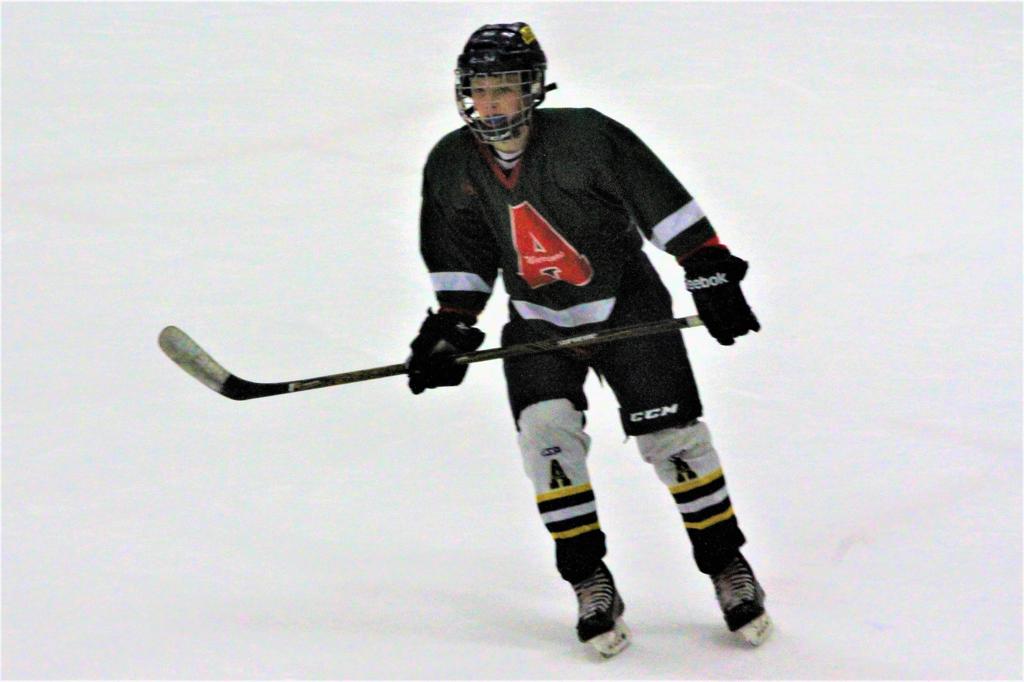 Zackary leads his Maize team in  both goals, with 14, and points with 19. 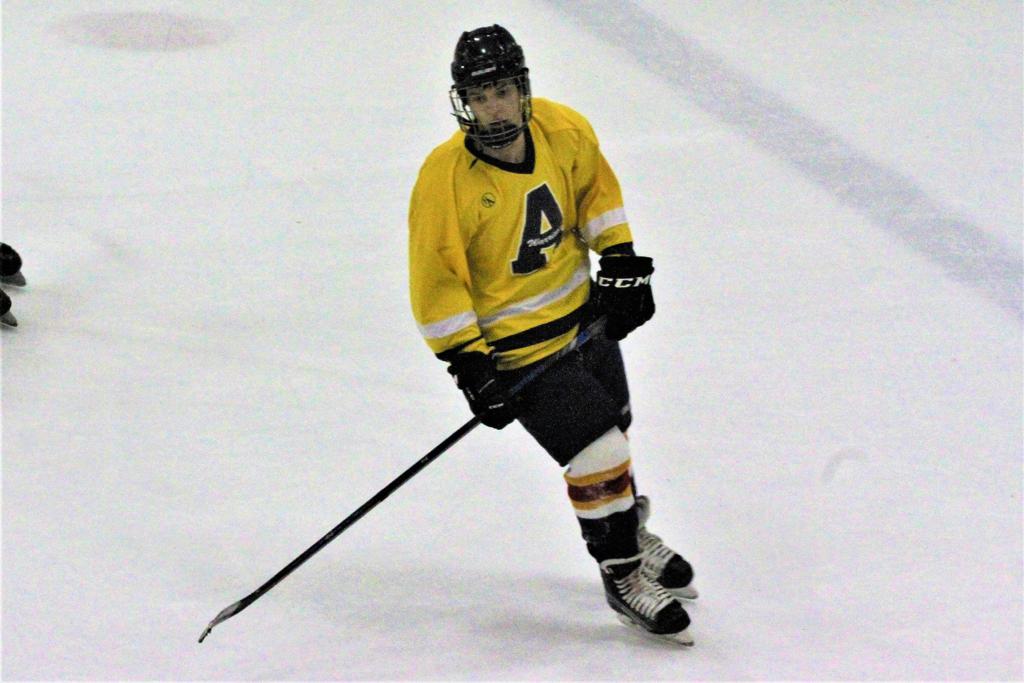